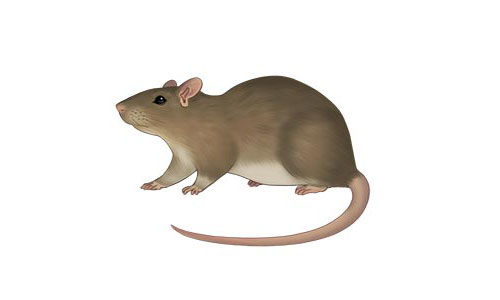 Rats usually are among the first associations that come to the mind when someone says “did you hear something” at home. Rats are common all over the world and are notoriously difficult to get rid of.

One of the reasons for this is that people don’t really know much about them. There are different species with their own characteristics. In the UK, the brown rat is the most common one, and it has adapted very well to life along with humans.

The brown rat (Rattus norvegicus aka Common rat) is among the largest of rat species in the UK. It originates in Asia, and it is thought to have been transferred via shipping to Britain in the 18th century. The species itself has been living alongside humans for more than 1000 years. As such, it has adapted to some of our specific behaviour and uses this to its advantage.

Brown rats can be quite beefy. Their length can be up to 28 cm without the tail and up to around 40 cm with the tail. On average, their head-body length is around 23 cm. Their typical weight is about 200 – 400 grams. Still, it’s not uncommon to see slightly larger rats, too. Depending on the environment, they can live for about 18 months.

Usually, you will see the rats wandering around alone. In reality, they don’t actually live alone. They create large colonies which are structured into smaller clans. The leaders usually get the best places. So, if you see a rat in your kitchen, chances are it’s one of the leaders, and it’s not your only unwanted guest in your house. Plus, they prefer well-known routes, so when you see it, it has likely been here before.

There’s also a reason why rats are a common joke about reproduction. They can wean a litter of 6 to 11 pups by three weeks. In human dwellings rats can reproduce all year round and as soon as they are about four months old. On average, one female rat can have five litters per year. The pups are small and grey so that you may mistake them for mice.

What brown rats can do

They are quite the athletes. Brown rats can climb various objects, walls, even trees. They can dig burrows with extensive paths, and they can even swim and dive.

While their preferred food is cereals, they are omnivorous and will eat a plethora of different foods. So make sure the food in your home is stored well. On average, they need about 30-50 grams of food per day. They also need about the same in water.

Why should you want to remove them from your property

As brown rats wonder about, they can end up in rubbish bins, sewers, warehouses and various other places that are far from clean. They can bring various bacteria to your home. And before you know it, you may have to deal with more than one issue and will have to call pest control to help.

And of course, you don’t want them to eat your food, right? Plus, rats can be the reason for structural damage, too. Their teeth can get through plastic, some metals, wood and more. Rats can gnaw the insulation of cables, and they can puncture pipes, including gas pipes and create a lot of issues for property owners.

To deal with a brown rat infestation properly, you need help. Only skilled professionals can carry out proper rat control procedures to ensure appropriate treatment.

Previous Post How to Find a Hole Where Mice Are Coming From in a House
Next Post How To Tell If You Have Bed Bugs?