Home Fleas Why Do Fleas Only Bite Me? 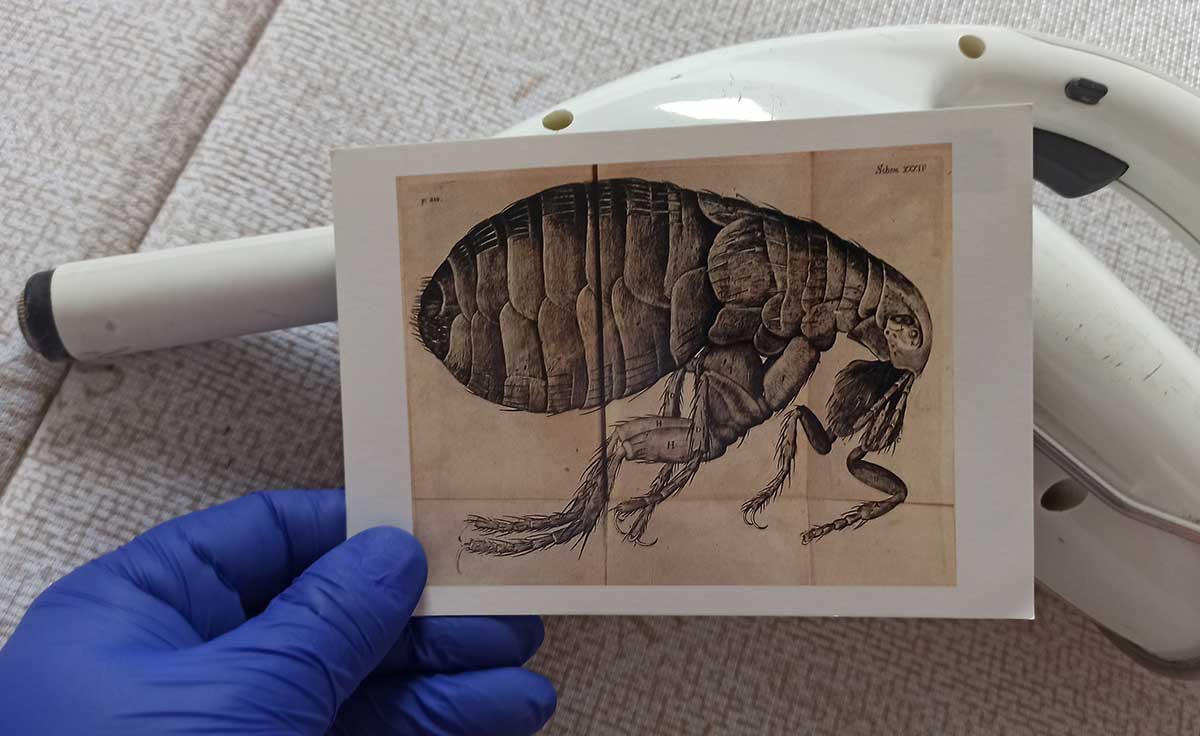 A lot of people report that fleas target them with bites more often than other people, especially at the ankle and bottom of calves. In fact, it’s quite a common scene for some people to get bitten by fleas alone, even when they’re hanging around with others, leaving them questioning, “why do fleas only bite me?”

In today’s article, we’ll walk you through the possible explanation of this phenomenon, along with some of the solutions you can apply to avoid flea bites. So without further ado, let’s dive in!

Do Fleas Prefer Certain People When It Comes to Bites?

Ideally, fleas will always pick pets, especially dogs and cats, over humans when it comes to blood. This is because they’re generally built and adapted to pierce through their skin and suck their blood.

However, when the flea population increases in a certain spot or the primary host is relatively less abundant, fleas will occasionally bite humans. And yes, fleas do show some sort of preference when it comes to biting humans. However, there is no solid scientific literature that has sufficiently studied the phenomenon to come with an undisputed explanation.

While science is yet to provide a solid explanation for such a phenomenon, a lot of logical reasons have been widely accepted as possible reasons why fleas bite more people than others. Let’s have a brief overview of each one of these theories:

Bodily Scents and the Chemical Makeup of the Skin

The first and most common theory that a lot of people stand behind is the individual differences between the chemical makeups of human skins.
In other words, different skin reactions, as well as the levels of gases, differs between humans depending on their genes.
For example, some people may produce more carbon dioxide than others from their skin reactions, which is a common attractant to various blood-sucking insects and pests, such as fleas.

In addition to the chemical makeup, other people believe that fleas are simply attracted to some scents more than others.
This is why they might prefer a certain individual due to their natural body scent, sweat, and/or the products they apply to their skin, such as soaps, shower gels, deodorants, etc.
In fact, one of the reasons why this explanation is widely adopted compared to other ones is that it explains why certain foods might prevent fleas from biting you.

For example, some people claimed that fleas are much less likely to bite them when they eat more garlic, curry, onions, and other pungent plants that are known to repel the fleas and are found as by-products in sweat.

As previously mentioned, fleas are attracted to cats and dogs more than humans. Moreover, certain aspects will attract more fleas to your house than others. For example, if you don’t mow your lawn more often.

Additionally, pet bedding and carpets that aren’t cleaned regularly can be a safe haven for fleas, which allows them to thrive and multiply in numbers.
This increases the flea population’s demand for blood, so they start biting humans more often, which tricks them into thinking that they get bitten much more than others.

Another alternative theory that explains why some people are more likely to get bitten by fleas is that their bodies are genetically much more reactive than others.

In this theory, fleas might bite other people around you. However, the threshold of pain and the amount of histamine released (the inflammatory mediator that causes the reddish swollen bumps on the skin) varies from one individual to the other, tricking you into thinking that you’re being singled out by fleas.

In many cases, flea bites will only result in causing red bumps that are swollen, itchy and inflamed. However, the level of severity varies according to the bite and the receptor.

Unfortunately, fleas are also vectors that transmit a wide range of pathogens that can cause some serious diseases. For instance, fleas can transmit Yersinia pestis, which is the bacteria responsible for the pneumonic plague.
Additionally, fleas can also transmit Rickettsia typhi, which is a dangerous bacteria that causes typhus fever.

What Can You Do to Repel Fleas and Avoid Their Bites?

Now that you know more about fleas and why they might be preferring certain humans over others, here are some solutions that can help you deal with this issue and avoid their bites altogether:

Use Certain Plants That Keep Fleas Away

One of the most practical and healthy solutions to ward off fleas and keep them at bay is to make your household an unpleasant environment for them. You can do that by planting various plants that produce a natural scent that fleas are deterred by. This includes Chamomile, Citronella, Lavender, and Lemon.

Consider Applying Some Changes to Your Daily Routine

For example, you can change the type of shampoo you’re using, apply a different deodorant, body lotion, and see if it causes any difference.

As you might know, some essential oils are known to be natural repellents for fleas. Luckily, some of these essential oils also have a great scent and may provide you with healthier skin, which makes applying them a win-win situation!

Clean Up the House More Frequently

Since fleas usually hide in high grass and thick carpets, cleaning the house more often can help you get rid of that problem because it exposes the fleas and make it difficult for them to seek shelter in your household. Keep in mind that fleas can be clingy and resistant to vacuum cleaners, so you have to try other methods to clean your carpet off fleas, such as steaming or washing them with warm soapy water.

With that said, you now have a brief answer to the common question “why do fleas only bite me?”. While there isn’t solid scientific evidence on the phenomenon, a lot of theories could possibly explain the bizarre situation. If you’re experiencing more flea bites than those who are around you, consider applying some of the solutions mentioned above.

Previous Post How Do You Know If You Have a Moth Infestation?
Next Post What Attracts Cockroaches In The House